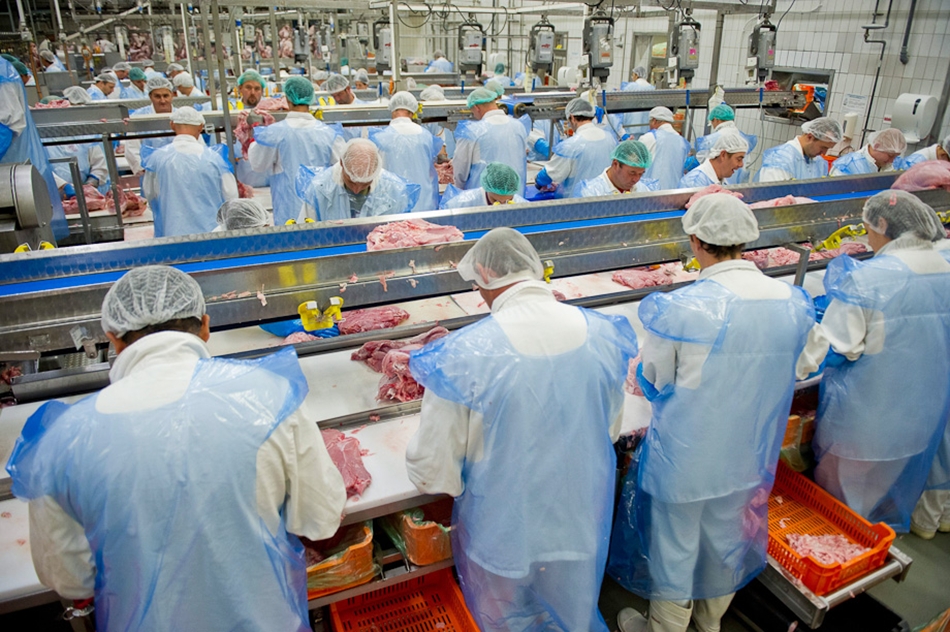 Gallicoop, founded in 1989 as a British-Hungarian joint venture, is one of the largest turkey slaughterhouse and meat processing factories.

The company’s facilities can be divided into five main areas: production, service-and processing, technology, storage, and offices. Gallicoop started preparations for installing its energy management system in 2007 by creating a system to measure and record electricity data. Subsequently, the company added gas, water, steam and finally, compressed air to its data analysis system.

As a first goal, the company aimed to minimize load shedding by optimizing the demand-side energy consumption, and then moving onto optimizing each facility area. Finally, the plan was to integrate green technology, such as biogas plants.

When planning the system, special attention was given to the production area. The production area—mostly the ammonia refrigeration and steam systems—consumed the highest amount of energy (electricity, gas, and steam).

First, Gallicoop implemented the measuring system in the production area. Once established, a pilot period of three months for energy auditing started. Subsequently, the company analyzed the collected data to identify what investments on technology upgrades and optimization were necessary.

Companies can detect load peaks when analyzing energy data on particular units. The goal is to lower energy supply to reduce such peaks. Furthermore, companies can use the energy data to develop suggestions for technical optimization for single units.

On the steam system, a reduction on natural gas usage could lead to significant cost savings with an overall payback of under a year.

Other steam system efficiency improvements included:
• reducing the steam pressure
• improving the turn down ratios on the boilers to enhance operation and efficiency
• developing efficiencies in the pre-heating process of the back-up boiler
• reducing excess oxygen by installing a programmable logic controller (PLC) based boiler control system.

On the refrigeration system, measuring consumption could lead to significant annual cost savings. For example, increase the suction pressure on the flooded and dry systems during the winter. Operators could adjust the pressure settings in stages to verify that the space temperature is maintainable. Implementation of this recommendation could result in electrical energy savings.

Other refrigeration improvements included:
• reducing ventilation rates by turning off fans when not needed, installing new fan motors with variable frequency drives (VFD) and controls, reducing speed of the fan belt drive, and reducing air exchanges to four per hour;
• installing two new screw compressors with VFD motors and controls to allow efficient part load performance on the dry and the flooded systems;
• improving the efficiency of the evaporative condenser system
• replacing an evaporative condenser with one that has a pump and indoor tank.

The software connects to the system primarily to optimize the demand-side energy consumption according to the production. For example, if overconsumption occurs, then low priority power consumers, such as air conditioning, will switch off. Additionally, software and system connection keeps the consumption and production cost of an item/production line under continuous control.

Once the production area was connected and controlled, consumption measurements, optimization and control of other areas such as service-and processing, technology, storage, commenced and continued with the integration of green technology. When planning the green technology system, the factory’s specific consumptions and circumstances determined the components. For example, biogas coming from wastewater will be used for heating offices.

The Silver Lining of Cloud Security