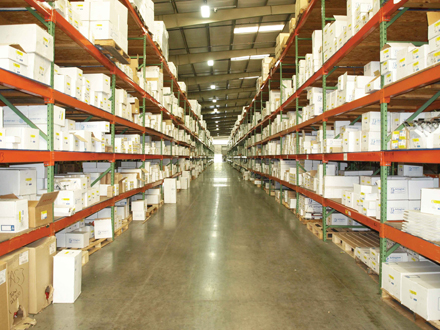 Warehouses tend to have an enormous amount of square footage per occupant, as you would expect from their function. Lighting all of that space when no one is around is pretty much the definition of wasting energy. And yet, some warehouse owners and managers have been slow to adopt automated lighting control technologies, such as occupancy sensors.

In Canada and the U.S., occupancy sensor systems are gaining popularity as an effective approach to reducing energy use and maintenance costs, whether as part of a larger retrofit project or added to an already effective lighting system.

Modern occupancy sensors were first developed in the early 1950s to function as an alarm system, using sound waves at a frequency beyond human hearing and measuring for any change in frequency caused by motion in the room. Today’s occupancy sensors generally use infrared or microwaves rather than sound, but otherwise operate on similar principles.

In lighting applications, the first occupancy sensors were used only to turn off lights that had been turned on manually. Now, they not only turn on lights when motion is detected, but advanced models also can adjust HVAC equipment to reduce energy use when the room is unoccupied.